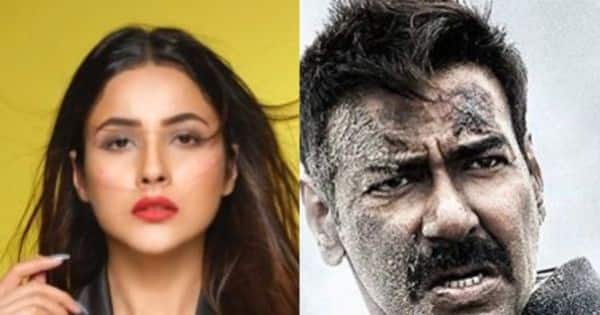 It’s another day and now it’s time to look back at the biggest newsmakers from the OTT space that made it to our trending entertainment news today. Take a look Also Read – Bell Bottom trailer: Netizens hail Akshay Kumar’s patriotic spy film; say ‘Khiladi is coming to revive cinemas’ – view tweets

The Lord of the Rings web series is set to release on THIS DATE Also Read – Bhuj the Pride of India trailer 2: The latest sneak-peek into Ajay Devgn-Sanjay Dutt’s war epic reveals several new pulsating scenes, plus a glimpse of Indira Gandhi

The highly anticipated, yet-to-be-titled, Amazon Original web series on The Lord of the Rings will premiere on Friday, 2nd September 2022. Also Read – RRR: Makers of Jr NTR-Ram Charan starrer share an exciting update about the film and it will make all movie buffs jump with joy

Also Read: Missing new LOTR and The Hobbit movies? Fret no more as The Lord of the Rings web series is set to release on THIS DATE – MAJOR plot deets inside

Bigg Boss 13 contestant Shehnaaz Gill appeared at ET’s Inspiring Women Awards 2021 and while interacting with the media she said, “I can’t comment on it. But you never know. I can’t reveal anything beforehand until I reach there. Coz then you might say I have lied if I don’t appear. You can come there to take my interview.”

Also Read: Bigg Boss OTT: Shehnaaz Gill FINALLY drops the one hint all fans have been waiting for

Bhuj the Pride of India trailer 2 out

The second trailer of Bhuj: The Pride Of India is out and the story has been inspired by the story of real heroes. The much-awaited movie is all set to release on 13th August for all subscribers of Disney+ Hotstar.

Big Boss OTT will start airing from August 8, 2021, for six weeks before its television premiere. Karan Johar will be seen hosting the show and recently he revealed that he wouldn’t mind being stuck inside with BFFs Kareena Kapoor and Malaika Arora.KJo says, “I don’t mind entering the show with Bebo (Kareena Kapoor Khan) and Mala (Malaika Arora). OMG! It would be so much fun with both inside the house, trapped without phones.”

Also Read: Bigg Boss OTT: Host Karan Johar chooses BFFs Kareena Kapoor Khan and Malaika Arora as his inmates; wishes to be trapped in the house without their phones

Netflix’s Fabulous Lives of Bollywood Wives, produced by Karan Johar, and starring Bhavna Pandey, Maheep Kapoor, Seema Khan, and Neelam Kothari was a raging OTT hit. Opening up on when Fabulous Lives of Bollywood Wives 2 will go on floors, Chunky Panday said, “The second season has been confirmed and I’ll have to participate as my wife (Bhavna Pandey) is there in it. But, they haven’t signed me (laughs), they’ve only signed Bhavna, so all the money will go to Bhavna, I’ll have to work for free (jokes). Of course, it’ll all (the money) come back to the same home, but she doesn’t give me any money (jokes further). She takes my money but doesn’t give me any in return. Her money is her, and my money is for the both of us (laughs). But, yes, the shoot for the show is going to begin next month. It’s a nice, fun show.”

From RM’s Japan accident to Suga’s ear injury, 5 times when BTS members left ARMY worried due to their injuries