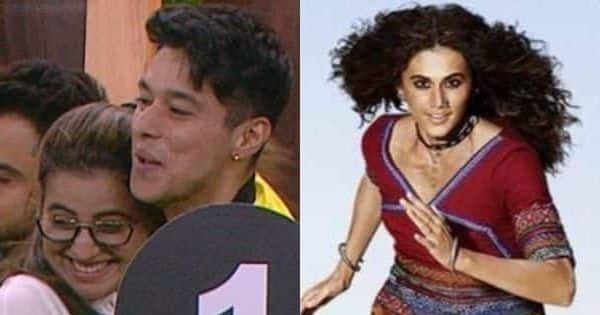 With the door being shut on yet another day that buzzed with several eventful developments, it’s time to look back at the biggest newsmakers from the OTT space who’ve made it to the trending entertainment news today. From Taapsee Pannu’s Rashmi Rocket headed for an OTT release and Pratik Sehajpal and Akshara Singh winning captaincy in Bigg Boss OTT to Prithviraj Sukumaran’s Kuruthi being leaked, Sanya Malhotra reveals her dream man and Sidharth Malhotra and Kiara Advani recalling their toughest scenes in Shershaah – here’s all what grabbed headlines to make it to the trending OTT news today…

So, without further ado, here are the OTT newsmakers of 5th July 2021:

As per sources, after Haseen Dillruba, Taapsee Pannu starrer Rashmi Rocket is all set to release directly on OTT. Reportedly, the film, which is directed by Akarsh Khurana and produced by RSVP, has been sold for a whopping Rs 58 crore.

After her entry, Sima Taparia has been setting up the contestants with each other and also gave rankings to the already made connections in the house. Sima Taparia felt Pratik Sehajpal and Akshara Singh had a strong connection and gave them first position. Hence, Pratik and Akshara won the captaincy and became the first Boss Man and Boss Lady of the Bigg Boss OTT house.

Despite films being widely available on many OTT platforms, filmmakers are still facing the trouble of piracy. Notorious websites like Tamilrockerz, Movierulz and more are still engaging in piracy creating trouble for the film industry. Not just Bollywood films, even the South Film Industry is dealing with the nuisance of such notorious websites who put up films online for free download. The latest film to have fallen prey to piracy is Prithviraj Sukumaran‘s Kuruthi.

In the upcoming episode of Voot’s Feet Up With The Stars, hosted by Malini Agarwal, Dangal actor Sanya Malhotra will make an appearance and talk about many unknown facts about herself. The episode will stream on Friday, 13th August 2021, only on Voot. In conversation with host Malini Agarwal, Sanya reveals about her tattoos, post lockdown places that she’d like to visit, qualities that she is seeking in her partner, the importance of meditation and much more. Sanya Malhotra will also be seen playing fun interactive games with the host.

We wondered how difficult it must have been for Shershaah pair Sidharth Malhotra and Kiara Advani to detach themselves from their the real characters they were enacting in reel life, and how overwhelming it must have been to thrust themselves into such scenarios even if only on camera, and asked them the same in an exclusive interview.

Read the full story here: Shershaah: Sidharth Malhotra and Kiara Advani recall their most difficult scenes; say, ‘No actor can tell you how it is to give your life for the country’ [EXCLUSIVE]

Netrikann: After Nayanthara in Tamil and Sonam Kapoor in Hindi, now Anushka Shetty roped in for the Telugu remake?

Bigg Boss 15: Will the contestants be living in the jungle or a house this year? Host Salman Khan REVEALS