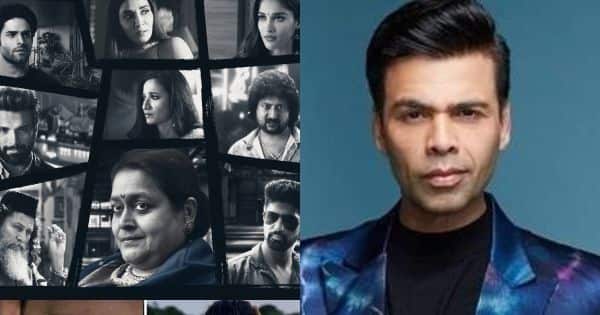 With the dark canopy of the night extinguishing the last ray of light from another day, it’s time to look back at the biggest newsmakers from the OTT space who’ve made it to the trending entertainment news today. From the Cartel trailer being OTT’s answer to RGV’s Company and The Legend of Hanuman season 2 trailer being a kiddie treat to Bigg Boss OTT’s 2nd contestant, Karan Johar revealing why he’d never be an inmate in Bigg Boss and KJo also disclosing his biggest fear – here’s all what grabbed headlines to make it to the trending OTT news today… Also Read – Cartel trailer: Supriya Pathak and Rithvik Dhanjani’s gang-war saga looks like OTT’s answer to RGV’s Satya, Company, Sarkar

So, without further ado, here are the OTT newsmakers of 2nd July 2021:

The Legend of Hanuman season 2 trailer a kiddie treat

Disney+ Hotstar presents The Legend of Hanuman season 2, with another exciting chapter in the life of the beloved, Mahabali Hanuman. Actor Sharad Kelkar returns as the narrator, regaling us with how the mighty warrior on the path of good faces off against his fiercest adversary, Raavan, after discovering his powers in the previous season. All alone, alone except with faith and strength from Lord Ram, the humble vaanara finally awoken to embrace his true power and wisdom, making him an immortal legend, and the season looking like a treat for kids. Watch The Legend of Hanuman season 2 trailer below:

After Neha Bhasin, the promo of the second contestant of Bigg Boss 15 has been dropped by the makers, where they haven’t revealed his name, but reports suggest that it’s actor Karan Nath, who first garnered fame with the film, Yeh Dil Aashiqana, and has subsequently featured in web series like Guns of Banaras, LOC: Kargil, Zabardast and others.

Read the full story here: Bigg Boss 15 OTT: Is THIS Guns Of Banaras actor the second confirmed contestant of the show?

As you might know, Karan Johar is all set to host Bigg Boss OTT. The filmmaker has now shared his biggest fear. “Staying away from my kids is my biggest FOMO, they are the source of my happiness. Not being around them for long is killing,” said the new Bigg Boss host.

Karan Johar, by his own admission, is an avid follower of the biggest controversial reality show, Bigg Boss. So, it’s a dream come true for the filmmaker to host Bigg Boss 15 OTT, which begins streaming digitally on 8th August, six weeks prior to its television premiere.