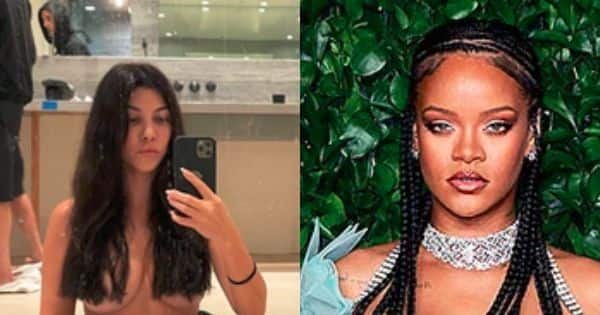 It’s that time of the day when we fill you time to fill you up with the top Hollywood news of the day. From BTS’ Jungkook to Robert Downey Jr’s to Paris Hilton to Kourtney Kardashian, it’s time to meet our today’s Hollywood newsmakers. Also Read – BTS: Just 10 pics of world’s officially most handsome man Jin that will make you impatient for his K-drama debut

BTS: Jungkook’s video petting a chicken to sleep goes viral; ARMY says ‘Getting jealous of a chicken’ Also Read – BTS: John Cena’s reaction to his Suicide Squad co-star Joel Kinnaman knowing nothing about the septet is something all ARMY will relate to

no thoughts just jungkook playing with a chicken
pic.twitter.com/4fyd8KV17I

Recently BTS released their Memories of 2020 DVD that features behind-the-scenes moments from last year. Fans were treated with some amazing memories of BTS. Right from seeing RM’s birthday celebrations to Suga’s video call with J-Hope, ARMY could not hold their excitement back. ARMY even felt jealous of the chicken. Also Read – BTS: Jungkook’s video petting a chicken to sleep goes viral; ARMY says ‘Getting jealous of a chicken’ – watch video

Any actor could have played Robert Downey Jr’s Iron Man role, says viral tweet; director James Gunn reacts
Director James Gunn, whose The Suicide Squad released on Thursday, has reacted to a post stating any actor with wit could have played the role of Tony Stark or Iron Man. The post also said that the movies did not need Robert Downey Jr. His reaction was blunt. He wrote, “I’ve seen the screen tests. This is bulls**t.”

The Keeping Up With the Kardashian star has shared a new photo of herself with her boyfriend, Travis Barker at the back. She is topless and has covered her breasts only with her hair.

Rihanna’s net worth will blow your mind
According to Forbes, singer and businesswoman Rihanna net worth a whopping $1.7 billion. This has made her one of the world’s richest woman musicians. It is reported that around $1.4 billion of her nest egg comes from the value of cosmetics company Fenty Beauty, a partnership with French fashion giant LVMH.

Shakti-Astitva Ke Ehsaas Ki: Rubina Dilaik shares pictures from the last day of the shoot; pens a heart-touching note as the show ends