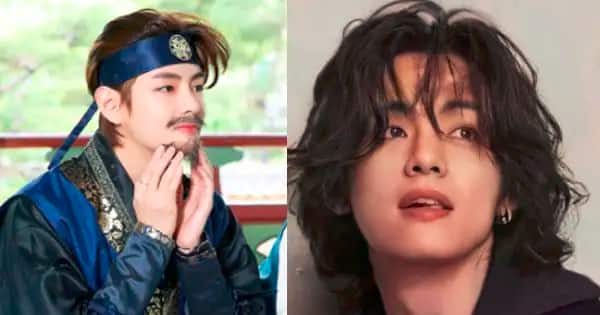 It’s that time of the day when we bring to you the trending entertainment news. BTS, Aamir Khan, Ranbir Kapoor, Alia Bhatt, Deepika Padukone, Sanjay Leela Bhansali, BTS, and others are a part of our top entertainment news today. So read on to know more about today’s newsmakers. Also Read – [Throwback Thursday] When Shah Rukh Khan told Aamir Khan that Kajol ‘is very bad, no focus, you will not be able to work with her’

BTS member and multi-talented star, V is one of the celebs, who loves to interact fans over his styling and personality. The handsome hunk recently sparked the conversation on social media, when he asked ARMY to choose between his semi-long hair and bearded look as he wrote on Weverse, “Short hair = Selfie X Length a little long = Selfie O Really long hair like up to waist + beard = Video selfie ♡ Pick!” Also Read – Before Bigg Boss OTT, a look at Kangana Ranaut, Twinkle Khanna and others who said the meanest things to Karan Johar on Koffee With Karan

Aamir Khan goes nostalgic as his movie ‘Dil Chahta Hai’ is completing 20 years on August 10. For him it was one of the most memorable projects and a great working experience with director Farhan Akhtar and the entire cast. He says, “‘Dil Chahta Hai’ is one of my most memorable films. I think the energies of all of us coming together (Farhan, Ritesh, Zoya, Akshaye, Saif, Sonali, Dimple, Preity, me, Javed Sahab, Shankar, Ehsan, Loy, Basin, Avan, Ravi, Suzanna, Nakul, Subaya, everyone… ), brought something very special to the film.”

Athlete Neeraj Chopra made us proud by winning the gold medal in javelin throw at the recently held Tokyo Olympic 2020. Soon after his win, we saw several memes suggesting that many Bollywood actors would now be preparing themselves for his biopic including Akshay Kumar. Well, as weird as it sounds but interestingly, Neeraj earlier himself had chosen Akki for his biopic. During an interview in 2018, when asked which actor he wants to see in his biopic, he took names of Akshay Kumar and Randeep Hooda. Interestingly, Akshay recently replied to comment and jokingly said that Neeraj is handsome and if the actor’s biopic comes out Akki would like him to play that role.

Amid reports of being ousted of Baiju Bawra, Deepika Padukone shares emotional post on being Sanjay Leela Bhansali’s muse

Reports have been doing the rounds of the industry that Deepika Padukone has lost her leading role in Sanjay Leela Bhansali’s upcoming film Baiju Bawra for demanding equal remuneration as that of her husband Ranveer Singh, who has been roped in to play the titular character on screen. Amid the speculations, Deepika has penned a heartfelt note for Bhansali on completing glorious 25 years in the industry.

Ranbir Kapoor-Alia Bhatt wedding: Lara Dutta reveals when the couple is getting married

Ranbir Kapoor and Alia Bhatt are one of the most famous B-Town couples. There has been a lot of talk about them getting hitched and now, Bell Bottom actress Lara Dutta has shared an import update. Talking to Times Now, when asked about the couple’s marriage plans, Lara said, “I believe that they are getting married this year.”

(With inputs from IANS)