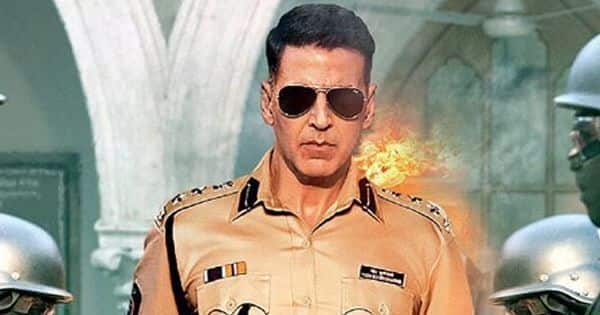 Even as we all wait with bated breath for Bell Bottom, another Akshay Kumar movie is being awaited with more anticipation since last year. If y’all haven’t guessed it already, we’re talking about Sooryavanshi, which was supposed to become the first film to play in theatres across Maharashtra 24X7 before the coronavirus pandemic broke and the very first lockdown was declared in April last year. So, when will Sooryavanshi finally hit cinema halls or is there any plan in action at the very least? Well, Akshay Kumar has finally given a hint on the release of the Rohit Shetty directorial in an interview with BollywoodLife, and whether it’ll also go the OTT way (which nobody wants)? Also Read – Will Alia Bhatt, Priyanka Chopra, Katrina Kaif’s Jee Le Zaraa be able to break the box office records of these male-dominated blockbuster multi-starrers?

Underlining how he shares the sentiments of movie-buffs and has become like one among them despite Sooryavanshi being his own film, Akshay Kumar said, “Even I’m waiting for it with bated breath like everybody else.” Also Read – RRR: Jr NTR gets his first ever ID card on the film set but it’s SS Rajamouli’s reaction which steals the show

When quizzed whether Sooryavanshi may take the OTT route like his Laxmii had last year, the superstar added, “I have no idea, I have no idea. Perhaps Maharashtra ke baad (after theatres in Maharashtra reopen).” Also Read – Happy Birthday, Kajol: Ajay Devgn’s promise to Kajol to make her day a special one is pure husband goals

Sooryavanshi also stars Katrina Kaif as the female lead and is the fourth entry in Director Rohit Shetty’s cop universe after Singham, Singham 2 and Simmba. Besides Akshay and Katrina, the action movie also features Ajay Devgn and Ranveer Singh in extended cameos, reprising their roles as Singham and Simmba. Jackie Shroff plays the prime antagonist while Jaaved Jaaferi will also be seen playing a pivotal part.

Cousin Janhvi Kapoor roots for Shanaya Kapoor after she gets trolled for ‘overacting’ in debut ad! Here’s what the Roohi star said

Worst Dressed celebs of the week: Kangana Ranaut, Sonam Kapoor, Jasmin Bhasin and other ladies who made us cringe with their fashion choices