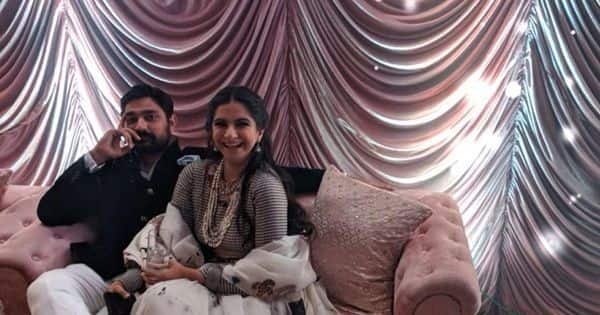 It seems like the wedding bells are finally ringing in the Kapoor family as it is being reported that Sonam Kapoor‘s sister Rhea Kapoor is all set to marry her long-time boyfriend Karan Boolani in a hush-hush wedding ceremony today (August 14). Also Read – Tuesday Trivia: Did you know Anil Kapoor lived in Prithviraj Kapoor’s garage with his family during the struggling days of his life?

According to Spotboye, the wedding ceremony will take place at Anil Kapoor‘s Juhu residence with close friends and family members in attendance. The wedding festivities will reportedly continue for the next 2-3 days. And since Sonam Kapoor and her husband Anand Ahuja are also in the city, the Kapoor family apparently thought that it would be the best time for the wedding. Also Read – From Salman Khan not being Bajrangi Bhaijaan’s first choice to when Deepika Padukone was upset with Amitabh Bachchan? – Bollywood’s best kept secrets that will make you go hawww

Rhea and Karan have been in a relationship for nearly 13 years now. The two have never shied away from showing off their affection for each other, be it on social media or public places. They are often seen going on trips together and having a great time with each other. Karan has been spotted accompanying Rhea on her family functions. Also Read – Is Kapil Sharma threatened by Raju Srivastava’s new show Hanste Raho? Latter reacts

Rhea is a producer and designer. She along with her sister Sonam have launched their apparel brand called Rheson in 2017. She has produced female-centric films such as Aisha (2010), Khoobsurat (2014) and Veere Di Wedding (2018), all of them starring Sonam Kapoor in the lead. Karan too has worked as an assistant director on Aisha.

Her latest initiative The Good Influencer Project tries to help small businesses turn the situation around and tide over the pandemic crisis. She believes, in a time like this, we all need to help each other, adding, that the possibilities are endless when we do.

Imlie: From Rubina Dilaik to Devoleena Bhattacharjee, 5 actresses who REFUSED to be Malini played by Mayuri Deshmukh