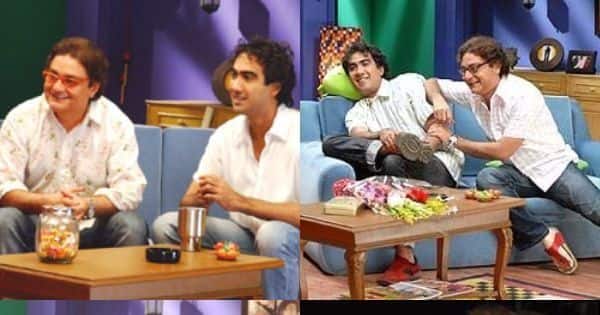 This piece of news is sure going to get all genuine comedy lovers excited. 17 years after tickling our funny bones no end with their hosting skills on the Great Indian Comedy Show (2004), the two veteran actors will be reuniting for another hosting stint on another comedy show, which will soon stream on a major OTT platform. Hungry for more information? Well, we’ve got you covered. Titled, Chalo Koi baat Nahi, the sketch comedy web series will premiere shortly on Sony LIV, and is written by Amit Tandon and Gursimran Khamba, both standup comedy veterans, the latter even having been one of the founding members of AIB. Also Read – Comedienne Sumaira Shaikh: India’s stand-up scene is new compared to the international market

Opening up about Chalo Koi Baat Nahi exclusively to BollywoodLife, Ranvir Shorey said, “Chalo Koi Baat Nahi is a show which will take the audience on a roller coaster ride full of fun and stomach-ticking laughter. The show underlines a host of hilarious and funny instances inspired from our day to day lives which makes it extremely relatable to the audience. I have thoroughly enjoyed hosting this show that has been brilliantly thought through by Amit Tandon and Gursimran Khamba.” Also Read – Mahrashtra CM Devendra Fadnavis: If AIB Roast is found vulgar, action will be taken

On the other hand, Vinay Pathak also exclusively opined, “Comedy as a genre has always enthused me so when I heard the concept of Chalo Koi Baat Nahi, I was very happy to be on board. Not only is hosting a lot of fun and endearing but bringing sketch comedies based on day-to-day challenges is sure to resonate with the audience. My co-host and very dear friend, Ranvir and I have a great rapport and that always reflects on stage. It was an absolute pleasure working with Amit Tandon and Gursimran Khamba who have conceptualized this very well. Looking forward to the premiere on SonyLIV soon.” Also Read – Ashoke Pandit: I reacted on the AIB Roast because I am a fan of Karan Johar, Ranveer Singh and Arjun Kapoor!

Shaheer Sheikh REVEALS he dreamt of becoming a father; says, ‘I always wanted a girl and told Ruchikaa so’