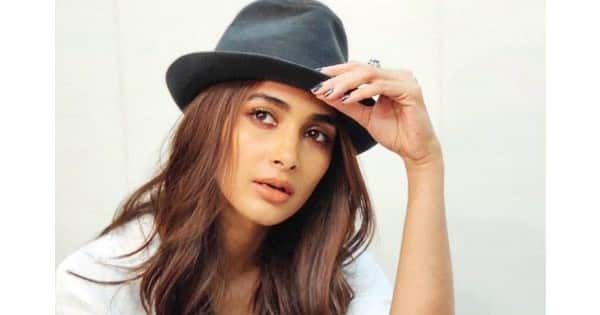 South actress Pooja Hegde is currently working in three different film industries. The diva has never differentiated between the Tamil, Telugu, and Hindi film industries. In an interview with IANS, the petite actress said that she has been working in various language industries for a while now and a mix of everything has worked for her. Also Read – Alia Bhatt, Kareena Kapoor Khan, Hrithik Roshan and more: Bollywood celebs who bought lavish apartments amid pandemic crisis

“There are pan-India films and then there is another way to do it where you become a pan-India artist and I think for me it’s been a mix of both and that is what has helped me achieve that. I feel like Telugu takes me as their own and now I am doing Tamil and Hindi. I always wanted to be an Indian actor. I never wanted to differentiate between the industries and have treated all of them like my own. Some films are pan-India, like a ‘Radhe Shyam’ with Prabhas and there are other films which have been called pan-India films but my approach has always been to do good content and earn the love of the audience in each area that you are going and that is what makes you recognisable.” Also Read – Akshay Kumar holds this boastworthy Box Office record that is yet to be achieved by Salman Khan, Shah Rukh Khan and other megastars

The actress has enjoyed immense commercial success with her Tollywood projects and says that there are other aspects as well that she likes to focus on. Pooja describes herself as someone keen on seeing what next is happening in her life. ‘For me it has always been like ‘what am I going to do next’. I like it this way because I hope that if the success hasn’t affected me, then a film not doing well will also have the same result on my well being and my mental frame of mind. I think something yes, I do think that ‘what if this film doesn’t do well’? Then I just shrug that feeling off because I think that you should have no fear attached to the way you live your life. You have to be like ‘ok, its ok if it doesn’t work, so what? ‘. I don’t want to live in fear that ‘oh my God, what if it’s not a hit or not doing well”, says the actress. Also Read – Pathan: Makers of Shah Rukh Khan-Deepika Padukone starrer rope in THIS actor to reprise his role from War?

Like everyone else, even Pooja believes in the power of prayers and says that she lets the universe guide her. The actress even said that she is thankful to the universe for giving her successful films and also the right intuition to choose the right film.