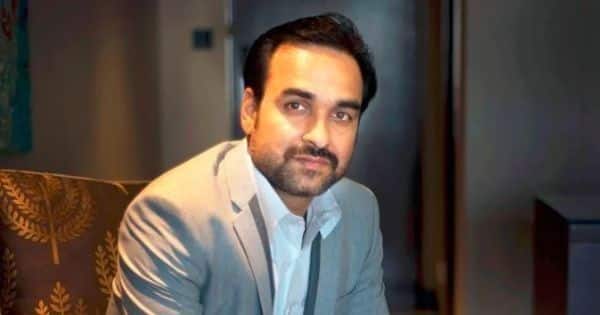 Pankaj Tripathi is one of the best actors we have now. He has featured in prominent roles in many films and web series and his acting has been impeccable. However, the Mimi actor says that he has reached a stage of burnout. In an interview to Firstpost, the actor said, “I get tired of acting and sometimes I feel like taking a break for two to three months but then I have committed to so many projects. I try to make it interesting so that I don’t get bored and the audience doesn’t get bored.” Also Read – Indian Film Festival of Melbourne 2021: Ludo, Sherni, Soorarai Pottru, The Great Indian Kitchen bag top nominations across multiple categories

He added that he keeps searching for little elements, little moments and nuances to bring something interesting so that excitement remains. “I usually get motivation, I have been trained in that when I was in theatre,” he said. He added that while being entertaining the content should look truthful and meaningful and not unreal. According to him, acting is a difficult job though it may look easy. “On a personal front, there were moments where I felt that I needed to take a pause from work and rethink my journey; to assess if maybe I was working a bit too much. I also tried some self-discovery and exploration,” said Pankaj. Also Read – Akshay Kumar-Kriti Sanon starrer Bachchan Pandey’s trailer to be out on THIS special date?

The actor also said that this main job is not acting. “My main work is not acting, my main work is travelling, eating.. I like travelling and I get to do that through my films. Otherwise there is nothing else, no other motivation.” He said that he stays away from the city and doesn’t attend parties and is not spotted anywhere. “My pictures can be found only with those who I have done films with…on the set or during promotions,” the actor said on a concluding note. Also Read – Trending OTT News Today: Karan Johar says Kareena Kapoor Khan and Ranbir Kapoor can raise the Over-The-Top quotient on Bigg Boss OTT, Pankaj Tripathi on being called uncrowned ‘king’ of OTT and more

Arun Vijay gets injured on the sets of AV33