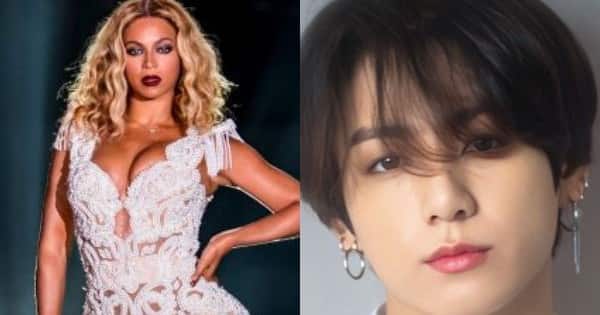 BTS member Jungkook has always managed to win hearts with his charming personality. He has a strong BTS ARMY fan following across the globe that is madly in love with him. But, now cheering him and his music is legend Beyoncé. Did you know, Beyoncé heard JungKook’s solo track ‘My Time’ and loved it, like all of us. Also Read – Pamela Anderson’s bikini wedding attire, Kim Kardashian flaunting her knickers in her wedding gown and more – here are the sexiest wedding gowns of Hollywood celebs

Well, recently the musician hosted an ‘Ask Me Anything’ chat on Reddit where he addressed questions from fans. Sleep Deez verified the reports that the Grammy Award-winning singer loved Jungkook’s song. He said, “It’s confirmed that Beyoncé loves My Time…did I tell y’all that? I forgot.” Also Read – Kristen Stewart-Robert Pattinson, Khloe Kardashian-Tristan Thompson and more Hollywood celebs who gave their cheating partners a second chance – view pics

Sleep Deez even said shared his experience working with JungKook and said the BTS member is a ‘Flat Out Superstar!’ He further added saying, Jungkook’s ‘potential is through the roof’ and he ‘thought the world of him.’ Also Read – From Cardi B to Beyonce – 10 over-the-top maternity shoots that raised many an eyebrow

Jungkook’s rendition of the song in the R&B won millions of hearts across the globe. My Time was the highest-charting BTS solo song that ranked 84th on the Billboard Hot 100.