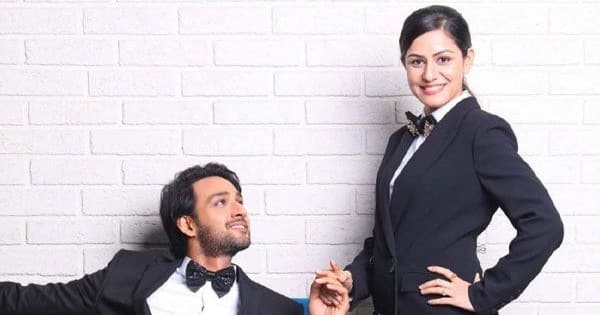 In the latest episode of Khatron Ke Khiladi 11, we saw popular TV actor Sourabh Raaj Jain getting eliminated from the stunt reality show, which left the fans surprised, shocked and disappointed. In the direct elimination round, we saw Arjun Bijlani, who won K-medal taking Sourabh’s name and making him battle with Anushka Sen and Maheck Chahal in the task. Sourabh said, “Fear Fanda directly mile ya planning se, task complete karna hai” (You get Fear Fanda due to bad performance or by planning, one has to complete the task) Also Read – Khatron Ke Khiladi 11: Fans slam makers after Sourabh Raaj Jain’s ‘unfair’ elimination – view twitter reactions

Though co-contestants Shweta Tiwari and Abhinav Shukla found it unfair from Arjun to take Sourabh’s name as he had never aborted any task or had left incomplete. Fans also shared their anger on social media as one user wrote, “Just because Arjun has the K medal that does mean he can send someone else to the elimination stunt. #AbhinavShukla and #ShwetaTiwari was totally right that this is so unfair! It was so unfair to #SourabhRaajJain he don’t deserve to be in elimination stunt.” Also Read – Khatron Ke Khiladi 11: Nikki Tamboli passes with flying colours in her first stunt after comeback; Arjun Bijlani, Abhinav Shukla and others woken up at 4 am for ‘atyachaar’

This is so so unfair to put #SourabhRaajJain in the elimination stunt.. Even if he will be saved from this.. This so unfair decision of @ColorsTV #ArjunBijlani..
Itne log jo undeserving hai.. Ek bhi stunt nhi jeete wo log show mai hai..
Colors is being unfair to sourabh sir from

Apart from fans and contestants of KKK 11, Sourabh’s wife Riddhima also questioned the unfair elimination of her husband as she conducted a poll on Instagram and wrote, “Question to all… putting up Sourabh Raaj Jain in the direct elimination round when he completed all the stunts, never got Fear fanda, never aborted a stunt… it this correct? Is this justice?” So, what are your thoughs Sourabh’s eviction? Tweet to us @bollywood_life. Also Read – TRP Report Week 29: Khatron Ke Khiladi 11 gets decent numbers while Kuch Rang Pyaar Ke Aise Bhi fails again; Indian Idol 12 maintains the position in Top 5

Teaser of Kottravai The Legacy gets off to a positive response!

Happy birthday, Hansika Motwani: From a cute kid in Koi Mil Gaya to a super-hot womaniya, 7 pics that chronicle the actress’ transformation

Bigg Boss OTT: Muskaan Jattana aka Moose REVEALS she was destined to be a part of Karan Johar’s show; shares her plan of action in the house [EXCLUSIVE]