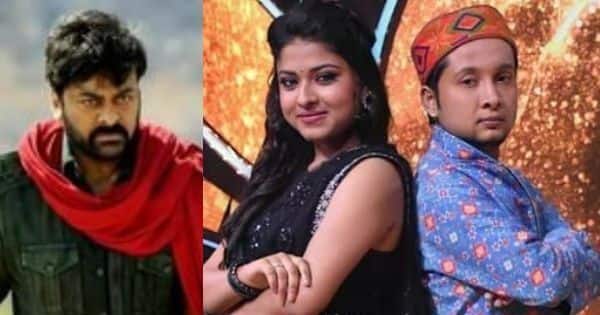 Indian Idol 12 will gets its winner on August 15. It will be a 12 hours long finale episode and fans are super-excited to know the winner’s name. Pawandeep Rajan, Arunita Kanjilal, Shanmukhapriya, Mohd Danish, Sayli Kamble and Nihal Tauro are the finalist of the season. This season of Indian Idol was the most successful one and hence the makers decided to have 6 finalists instead of 5 this time. The grand finale episode of the show will run for 12 long hours and it will be the greatest finale ever. Former Indian Idol winners and contestants, veteran singers Alka Yagnik, Udit Narayan, Kumar Sanu, Sadhana Sargam and others will be a part of the show. Indian Idol 12’s former contestants will also be a part of the show. Also Read – TRP Report Week 31: Khatron Ke Khiladi 11 enters the top 5; Indian Idol 12 witnesses a massive jump in ratings

It will be a grand episode and now, as per reports in TellyChakkar, South Megastar Chiranjeevi will also be a part of the show. He will be entering as a special guest on the special day of Indian Idol 12. However, there is no confirmation about the same. Fans are super-excited for the finale and after almost 10 months we will get the winner of the show. Recently, BollywoodLife got in touch with a couple of Tarot experts to know what is in store for them. Ayush Gupta who is one of the youngest in the country told us, “According to me, it is between Pawandeep Rajan and Mohammad Danish. Their stars are aligned really well now. Rajan is very popular so the trophy might just go to him. But the season is a huge success and I wish everyone the best.” Also Read – Indian Idol ex-contestants Abhijeet Sawant, Amit Sana on the show’s overdramatic content and controversies: ‘Isko Bigg Boss nahi banana chahiye’