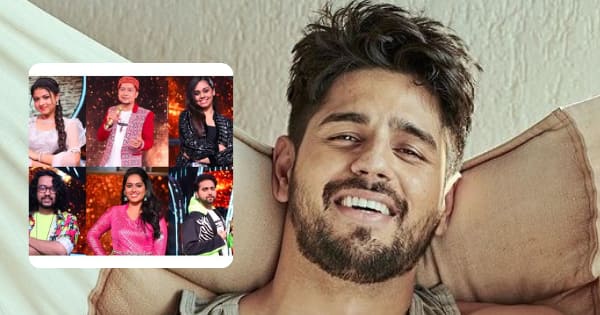 Indian Idol 12 is just a couple of days away from its finale and fans are pretty excited about the same. This time on Indian Idol 12 we will see Shershaah leads, Sidharth Malhotra and Kiara Advani as special guests. And the two would be impressed by the contestants and their vocal abilities. Sidharth will be so impressed by one of the contestants that he would name that contestant as the Shershaah of Indian Idol 12. Can you guess who that is? Well, let us tell y’all. As per a report in ETimes, Sidharth would name Pawandeep Rajan as Shershaah of Indian Idol 12. He would be too impressed on hearing him live and would reveal that even his mother loves him on the show. Pawandeep would croon to Teri Mitti on the show. Also Read – Indian Idol 12 winner: Pawandeep Rajan, Arunita Kanjilal, Mohd Danish, Shanmukhapriya, Nihal Tauro or Sayli Kamble – who do you think will win this season? VOTE NOW

The portal quoted Sidharth praised Pawandeep, saying, “You are so multi-talented. Firstly, I would like to say that my mother is a huge fan of yours. She wants to say, ‘Namaste’ to you and wish you all the best. This is the first time that I heard you live and I must say, your voice gave me goosebumps. I would say that you are the ‘Shershah’ of this show, one who is singing different songs and playing various musical instruments. So, thank you so much and wish you all the best.” Also Read – Trending Entertainment News Today – After Pawandeep Rajan, now Arunita Kanjilal OPENS UP about their relationship, Kareena Kapoor Khan breaks her silence on incessant trolling of her children Taimur and Jeh’s names

Pawandeep, who is one of the most popular contestants of Indian Idol 12 was moved by Sidharth’s words. He thanked Sidharth, saying, “I am so thankful to Sidharth Sir for sharing such wonderful words. This song is very special and I am lucky to have sung this song in front of the jawans. Siddharth Sir called me the ‘Shershah’ of Indian Idol 12 and I have nothing but gratitude for the platform that has given me so much. Thank you.” Also Read – Indian Idol 12: After Pawandeep Rajan, now Arunita Kanjilal OPENS UP about their relationship – deets inside

Thalaivii actress Kangana Ranaut on entering politics says ‘If people like and support me, then would love to do it’