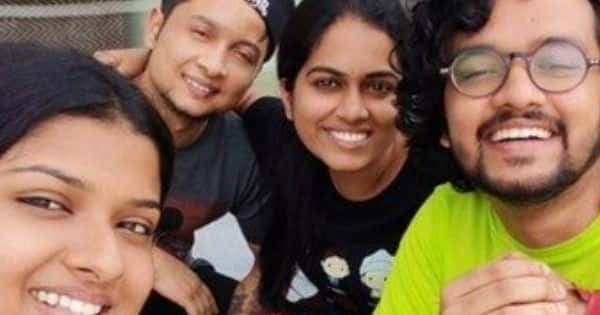 The grand finale of Indian Idol 12 will take place on August 15 and the makers are leaving no stones unturned in making their show grand in every way. Well, the makers have not announced the top 2 yet, but according to the social media trends, the netizens have got the top 2 contestants. Well, these two contestants are Pawandeep Rajan and Arunita Kanjilal. Also Read – Indian Idol 12: Sayli Kamble to be eliminated in the semi-finals? Pawandeep Rajan, Mohd Danish, Arunita Kanjilal, Shamukhapriya, Nikal Tauro in Top 5 [Exclusive]

Netizens have a strong feeling that this year, among Pawandeep Rajan and Arunita Kanjilal one will grab the trophy and get the tag of Indian Idol. There is a neck-to-neck competition between Pawandeep and Arunita. Their fans eagerly want to see them paired together and want #Arudeep together forever. Since the start of the show, fans are in love with #Arudeep jodi and they love their bond. Also Read – Indian Idol 12 Grand Finale: Here’s how the Covid-19 pandemic forced the makers to change their extravagant plans

There are reports which state that the makers of Indian Idol 12 might surprise the viewers by announcing two names of winners. This will be the first time when a show will get two winners instead of one.

Recently, netizens massively trolled the judges for not praising Pawandeep and not giving him ‘mausam badal gaya’ tag. They even accused the makers and said that they want Arunita to become the winner. What are your thoughts on the same? Stay tuned for more updates on Indian Idol 12.

BTS: Jimin REVEALS how making money at a young age has affected him mentally

Murungakkai Chips: Shanthnu talks about how the film is special to him