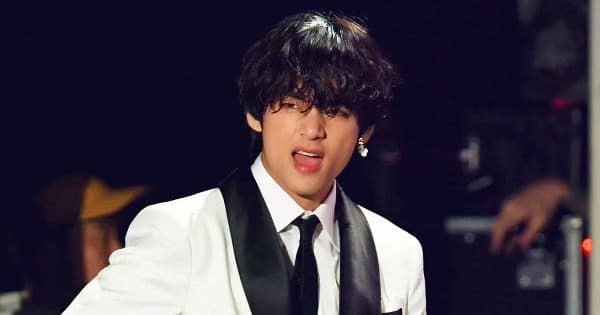 When you are alone at home, and have some free time, you would probably sleep, listen to some music, read a book or watch something online. Buy BTS member V is very different. In a past interview with Weverse Magazine, V was asked how he passes time when he’s alone. He replied, “I really like just spacing out, so I’ll sit in my room doing nothing for hours.” Yes, you heard that right. He simply stares into space for hours. Also Read – REVEALED: Here’s how BTS selects their songs from songwriters around the world and it is truly FTW!

The singer added that he could watch a movie instead, but based on past experience, he would go back to zoning out anyway. He also said that he may make a song about it one day and call it Spaced. The most important part for him is that he keeps himself happy. And spacing out is one way he does just that. It might seem silly, but it is very effective. Also Read – Trending Hollywood news today: BTS’ RM reveals he is envious of Jin, Britney Spears’ father Jamie Spears steps down from conservatorship and more

Meanwhile, in his interview with Weverse Magazine, V was asked who did he take inspiration from for Butter. He had previously said that different people inspire him every day. And when talking about Butter, the Permission To Dance singer said he took inspiration from a teenage Johnny Depp and more teen movies. Also Read – Did you know? The original lyrics of BTS and Ed Sheeran’s Permission to Dance was like a marriage proposal; here’s how it got changed

He said, “Well, there was Billy Joel. When I shoot a music video, I think of a movie more than any one artist. And when I perform on stage, for some songs I think of the way movies like Reservoir Dogs look. For Butter, I watched a lot of teen movies. And musicals. After that, I randomly ended up seeing a video on YouTube of some scenes from an old teen movie Johnny Depp did [which turned out to be the movie Cry-Baby]. The image I got from that was really intense. That’s the look I used in Butter.”

Sooryavanshi: Akshay Kumar opens up about the release of the action extravaganza and if it’ll go straight to OTT