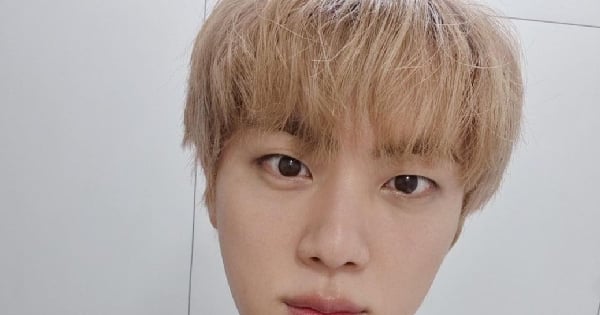 Apart from their music, BTS members Jin, J-Hope, Jungkook, Suga, RM, V, and Jimin are known for their down-to-earth nature. More than often we come across stories of septet being extremely generous and on-point while fulfilling wishes of their fans also known as ARMY. One such story that has come to light is of Jin. Celebrity chef Lee Yeon Bok appeared on KBS’s YouTube variety series Jo Se Ho’s Wine Bar and revealed a heartwarming story about Jin.

On the show, he stated that Jin and he are very good friends. He revealed that after the show Please Take Care of My Refridgerator, where Jin and Jim were the guests, he remained to stay friends with Jin. The BTS member touched the celebrity chef’s heart when he gifted him with a personally bought bottle of wine despite being overseas for concert. Further, Lee Yeon Bok revealed that Jin even fulfilled his grandson’s wish.

The celebrity chef revealed that Jin recently visited him to sign an album for his grandson. Since chef’s grandson is a big fan of the K-pop band, he asked if any of the members could sign an album for him. As celebrity chef bought this up to Jin, he immediately agreed. “I will go [visit you] right away, tomorrow!” Jin replied. The next day, Jin hurriedly visited Lee Yeon Bok and signed an album fulfilling his grandson’s wish. He also revealed that when Jin visited him, he had the apple hair from the concert. Fans are really touched knowing of Jin’s acts. On the video, there are comments that read, “You can’t help but to love him,” “For real, he is perfect,”
“The longer I love him, the more awesome he becomes” and “At these moments, it becomes obvious that Jin is actually an adult.”

Urvashi Rauteala looks like a spitting image of ‘Helen of Troy’ in her diamond-studded mask and sexy, black gown – view pics