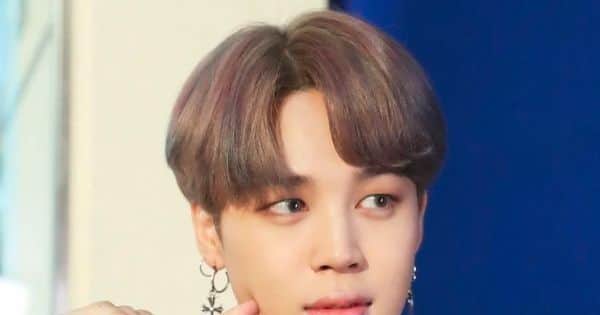 BTS member Jimin is known for his charming looks. The singer has been experimenting with his hairstyles and is being loved on social media. Recently, in an interview with Weverse Magazine, BTS member Jimin spoke about earning money and fame at a young age and about having felt empty and unstable in the past. He shared how he had started earning at a young age and then he often thought about the meaning of money and success. He said, “I’m still young, and because I’m making a lot of money at a young age, I end up wondering what money and success ultimately mean.” He also shared how he encountered many jealous people in his journey. However, he said that there are a lot of people he has to repay and a lot of relationships he needs to hang onto. Also Read – BTS member Jimin REVEALS the secret that makes his dance moves more dynamic and desi ARMY will find it truly relatable

He also went on to say that he realizes that he couldn’t actually handle all the problems. “I thought I could take care of all these problems, but looking back, that wasn’t the case. It hasn’t been very long since I realized that I was the one to grab on and forced everything to happen, “he added. In the same interview, Jimin also revealed that several times, his dance moves turn out in an unexpected way depending upon his outfit. “I never noticed before but the songs do sound different depending on what I’m wearing. Sometimes I danced all excitedly when I wore casual clothes, but when I wore a suit, something about the song sounded sexy. There’s a different vibe when I dance alone versus when I dance as part of a group, so I carefully visualize how I should dress to make my dancing look cooler every time,” said Jimin. Also Read – Trending Hollywood news today: BTS’ Suga SLAMS ‘pushy’ labels, Jennifer Lopez-Ben Affleck’s vacay ends and more

Speaking about the factors, which brought a change in his dance moves and performances, Jimin added, “It think it all depends on what kind of outfit I wear, where I am for a given part, and how much I weigh. There’s a pronounced difference to the way a dance looks and feels based on how much I weigh. I think the dance and outfit were a good match in ‘Dynamite.’” Also Read – BTS’ Suga SLAMS labels who are ‘pushy’ towards artists and treat them like property; says ‘It’s destroying the industry’