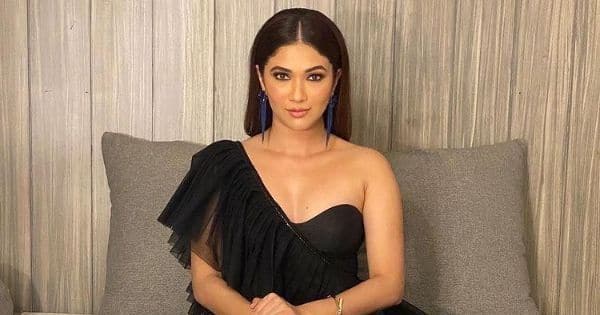 Bigg Boss OTT has finally begun. Karan Nath, Zeeshan Khan, Urfi Javed, Rakesh Bapat, Muskan Jattana, Prateek Sehajpal, Nishant Bhatt, Millind Gaba, Akshara Singh, Divya Agarwal, Ridhima Pandit, Neha Bhasin, and Shamita Shetty are the participants this year. Karan Johar’s hosting has been loved by the audience. Ridhima Pandit who is known for her performance in Bahu Hamari Rajnikant has already been declared as the winner by the audience. She has a massive fan following and people have loved her on her first day in Bigg Boss OTT itself. Before entering the house, in an interview with BollywoodLife, Ridhima Pandit spoke about her decision to do the show and how will deal with certain situations in the house. Also Read – Bigg Boss OTT: Will Urfi Javed become Nikki Tamboli of the show?

Speaking about finally taking up Bigg Boss, Ridhima Pandit said, “There have been rumours of me doing Bigg Boss ever since I have done Rajnikanth. I just feel in life you grow as a person. I think I am in better control my emotions as of today as compared to what I must have been in 2016 when I started working in television. So, I do feel I was ready to take on this challenge head on and hence I have decided to take this up this year.” Ridhima Pandit also spoke about how she is going to deal with fights that happen over food. Ridhima said, “You know once I quit a job because they wouldn’t let me eat properly. This is before I became an actor. I was an intern some place and I said because I am an intern doesn’t mean I should not get time to eat properly. And why does a human being work so hard? I want to eat my food in peace and eat good food and this is what I work hard for.” Also Read – Bigg Boss OTT: Will Ridhima Pandit’s television popularity make her win the show?

“But things will be different inside the Bigg Boss house. Maine to apni weakness cheek cheek ke bata di hai. I am a very Hangry person. I get angry when I am hungry and I even cry. So if I behave Hangry there, it is not my mistake. But you have to earn your food there and that is the best part, “she added. Also Read – Bigg Boss OTT GRAND PREMIERE: BREAKING! Karan Johar confirms Shamita Shetty is entering the house

Did you know Samantha Ruth Prabhu has a secret tattoo of her husband Naga Chaitanya’s name? View pic