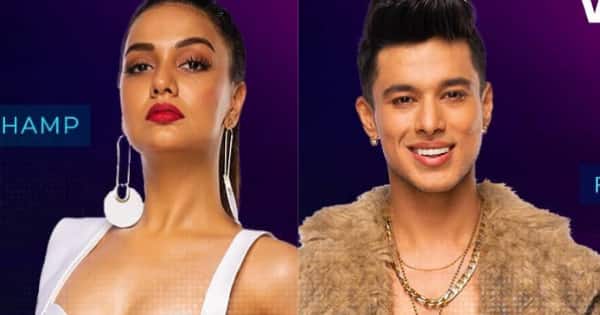 Bigg Boss OTT premiered on VOOT Select a couple of hours ago with Karan Johar taking up the hosting duties. In the premiere episode of Bigg Boss OTT, we saw contestants such as Karan Nath, Zeeshan Khan, Urfi Javed, Rakesh Bapat, Muskan Jattana, Prateek Sehajpal, Nishant Bhatt, Millind Gaba, Akshara Singh, Divya Agarwal, Riddhima Pandit, Neha Bhasin and Shamita Shetty, entering the house. And after a crackling premiere episode, we saw a fight taking place in the last night itself. Yes, the OTT version of Bigg Boss is truly OTT. For those who missed out on the premiere of Bigg Boss OTT last night, we saw a major fight breaking out between Divya Agarwal and Pratik Sahejpal. Also Read – Bigg Boss OTT: Akshara Singh once headlines for her alleged marriage and the truth will make you ROFL

Also, to those not in the know, Pratik Sahejpal and Divya Agarwal were participants in Ace of Space in 2018. The two were very close throughout the season, it seems. Pratik, while in the premiere night episode of Bigg Boss OTT revealed that she (Divya) used to consider him a brother. However, their equations, here, on this show seemed really shocking. Pratik was a little miffed with Divya for not being in touch with him and not taking any effort to maintain their relationship. Divya asked him to not bring it out right now, but Pratik seemed a little adamant as Divya merely passed him out as co-contestant of a previous show. All this happened when Ridhima Pandit was being introduced to the show. Karan Johar had to intervene as their fight on stage was turning nastier even before entering the house. Also Read – Bigg Boss OTT: Netizens are on a roll as Shamita Shetty participates on Karan Johar’s show amidst Raj Kundra controversy

Now, that’ just the first part. The second dhamaka happened when Divya was discussing Pratik’s behaviour with other contestants in the bedroom. Pratik, who had just had his dinner, heard it and asked Divya to not bad mouth against him. They got into a nasty fight, and Divya used a cussword for him. Pratik got furious over the same and threw his plate of food. Urfi was seen supporting Divya while the boys Raqesh Bapat and others tried to calm Pratik down. Pratik asked Divya to not use cussword on anyone’s mother or sister against him. Now, we ask you, who do you support in the fight between Divya Agarwal and Pratik Sahejpal? Vote below: Also Read – Bigg Boss OTT Twitter Reaction: Pratik Sahejpal’s fiery attitude garners mixed reaction; netizens declare Ridhima Pandit as the winner

Khatron Ke Khiladi 11: Abhinav Shukla ELIMINATED before the finale; fans call him an all-rounder for performing all kinds of stunts – view tweets