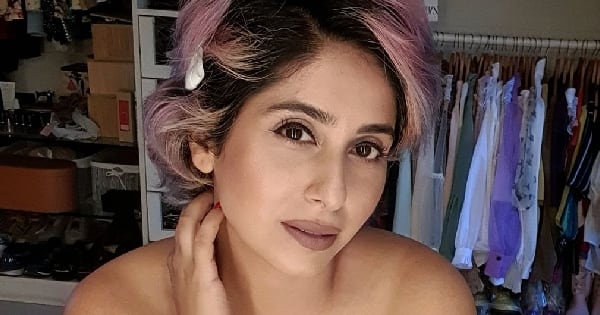 Bigg Boss OTT premieres today and we cannot keep calm. With Karan Johar hosting the show, we are more than excited to know about all the details of the contestants. Among the first ones to get confirmed is singer Neha Bhasin. The Dhunki singer is all set to enter the Bigg Boss OTT house and get her fans know her real side. But before she heads to the controversial house, the singer spoke about suffering from depression, bulimia and more. Also Read – SAY WHAT! Is Malaika Arora entering Bigg Boss OTT as a surprise contestant? – watch video

In an interview with Times Now, Neha Bhasin spoke about the time of her life when she felt so low that she thought she would not survive. She shared that she suffered through depression, bulimia, body-image issues and more. She also mentioned that she sought to therapy to deal with all. She said, “Of course, that has been the starting first 10 years of my career. It took me a long time to talk about it. Yes, I’ve been very low, I thought I won’t survive. I thought I won’t make it, not just in my career but in life too. I thought I wouldn’t make it in life because it was so disheartening…” She added that she has been through a ‘long cycle of depression, therapy, bulimia, and body image issues’.” Also Read – Bigg Boss OTT PROMO: Karan Johar has entered the house with a Kabhi Khushi Kabhie Gham twist that can’t be missed

Neha Bhasin also spoke about how women, especially those who are not afraid of their mindset and body, have it a lot of harder than others. “You know people don’t like it when you are happy. And that’s the easiest target,” she said. Also Read – Bigg Boss OTT: INSIDE PICS of all the rooms in the house set to be occupied by Neha Bhasin, Urfi Javed, Zeeshan Khan and others

Apart from Neha Bhasin, another confirmed contestant of Bigg Boss OTT is Zeeshan Khan. We recently got to see his entry video and the host Karan Johar seems to be totally getting his vibe. Others like Divya Agarwal, Akhara Singh, Urfi Javed and others are said to be entering the controversial house. Bring it on!

WHAT! BTS boys beat Reese Witherspoon, Chris Hemsworth to become the most loved artists on Twitter