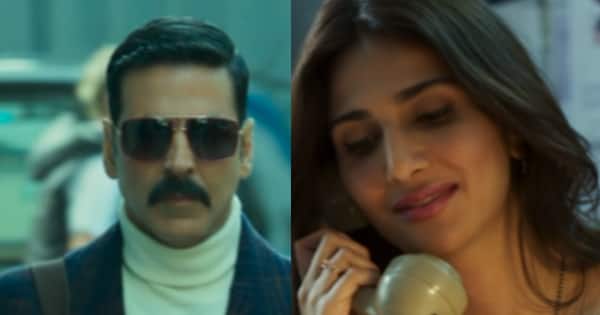 The trailer of Akshay Kumar, Vaani Kapoor, Lara Dutta and others starrer Bell Bottom is out now. As expected, Khiladi Kumar has given his best to the patriotic drama.

The trailer of Akshay Kumar‘s much-awaited movie Bell Bottom is out now. As expected, the actor is back with another powerful performance. It is said to be based on true events. The story is of a man who goes by the code name Bell Bottom. He helps India to conduct a covert operation and save 210 hostages stranded in a hijacked plane. The trailer is pretty powerful as Akshay Kumar puts up a very confident performance. Vaani Kapoor though has a very blink and miss appearance. Lara Dutta as Former Indian PM Indira Gandhi is totally unrecognisable in the trailer. The best part about the trailer is its background score. Watch the trailer above.