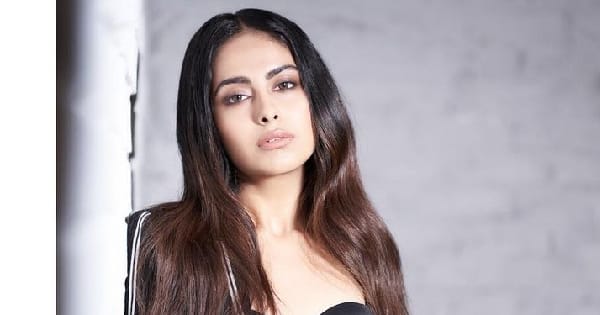 Balika Vadhu has been the most favourite TV serial back in 2008. The show had good TRP numbers and aired for 8 long years. The innocent kids Anandi and Jagdish had made a special place in our hearts. Avika Gor and Avinash Mukherjee are still known for their roles as Anandi and Jagdish. The show revolved around the sensitive issue of child marriage. Now, the second season of the show will begin from August 9 and fans cannot wait to see the new story of Anandi. The promos and pictures of the show are out and it seems we will get another Anandi in this season. Shreya Patel and Vansh Sayani have stepped into the shoes of Avika Gor and Avinash Mukherjee for this new season. However, our favourite Avika Gor whom we still know as Anandi will also be associated with the show. Also Read – Balika Vadhu 2 PROMO: Anandi’s parents’ decision to marry her off as soon as she is born will give your goosebumps

Yes, Avika Gor will be lending her support to the new season on various platforms to grab the attention of the audience. In an interview with ETimes, she said that she will be telling people to watch the new season because it’s very similar to the first one and that she has a soft corner for the show as it has changed her life. Avika said that when she was approached to become a part of the new journey in a small way, she jumped at the opportunity. She was asked whether it is difficult for her to see someone else do Anandi’s role on-screen. Avika said that the feeling is same that she had back then when she left and Pratyusha Banerjee took over as Anandi. Avika Gor is a part of South Indian movies and is doing great. She was asked if she would love to play grown-up Anandi’s role in Balika Vadhu 2. Also Read – Manish Raisinghan’s wife Sangeita Chauhaan reacts to rumours of his secret child with Avika Gor; says, ‘Ek sambhal rahi hu, doosra bhi sambhal lungi’

Avika said, “Oh my God! I would have loved to play the grown-up Anandi in Balika Vadhu 2. I would have jumped into it. Why not? The show has given me so much as an artiste. Had the makers offered the part to me, I am sure that I would have tears in my eyes and a smile on my lips, and would want to be a part of it for sure. I would have loved to do it, but unfortunately, I have a lot of commitments down South. So, it is practically not possible.” Also Read – Balika Vadhu 2 promo: Anandi’s birth brings happiness to her family; declare her a ‘bahu’ the moment she’s born – watch video

Bell Bottom movie review: Akshay Kumar’s best since Baby and Airlift; a thriller set to go down as a Bollywood classic