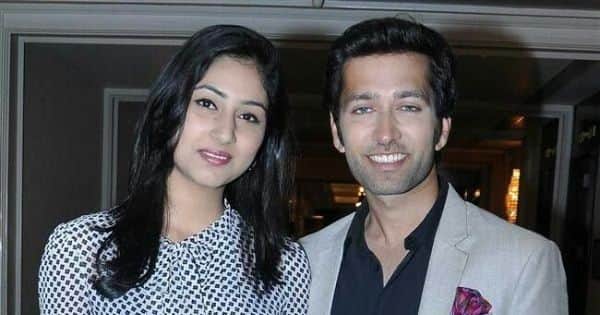 Ekta Kapoor is set to bring back her iconic show, Bade Achhe Lagte Hain. The search for the cast for season 2 has begun and as per reports, it was Divyanka Tripathi Dahiya and Nakuul Mehta who were supposed to do the show. Recently, Divyanka Tripathi Dahiya and her husband Vivek Dahiya went live on Instagram to chat with fans about their life, recent road trip and her performance in Khatron Ke Khiladi 11. During this session, Divyanka Tripathi Dahiya said, “Yes, I was offered Bade Acche Lagte Hain 2 and I had even given a look test for the show. But I did not say yes to the show as I could not relate to the character. Whenever I take up any project I totally devote myself to it and it is like getting married to the role and if I am not convinced about the role, I will never do it. I couldn’t feel like the character. Hence, I had to say no to Bade Acche Lagte Hain 2.” Also Read – Trending TV News Today: Nisha Rawal’s Bigg Boss participation rumours amidst legal battle with Karan Mehra, Aishwarya Sharma inks Neil Bhatt’s name on her hand and more

Later in an interview she said that she rejected it because she felt she won’t look good with Nakuul Mehta. Soon, post that, there were reports that the makers have approached Devoleena Bhattacharjee to play the lead role. A source close to the project informed ETimes that they are in talks with Devoleena and are hoping for the deal to materialise soon. She has given a look test for the part and it is looking really good. Now, as per reports in TellyChakkar, Nakuul Mehta’s Pyaar Ke Dard Hai co-star, Disha Parmar has been approached for the role. Nakuul and Disha had already become extremely famous and their on-screen pairing was being loved by the audience in Pyaar Ka Dard Hai – Meetha Meetha Pyaara Pyaara. It was an amazing show and people still love this beautiful on-screen pair. Also Read – Bade Achhe Lagte Hain 2: Not Divyanka Tripathi but THIS TV star to play the female lead? – deets inside

If this news is true, Disha Parmar who recently got married to Rahul Vaidya will be reuniting with Nakuul Mehta after eight years. It surely will a treat to watch them together again. Also Read – Trending TV News Today: Divyanka Tripathi on rejecting BALH2, Arjun Bijlani faces fans’ wrath after Sourabh Raaj Jain’s elimination from Khatron Ke Khiladi 11 and more

Indian Idol 12 contestants Pawandeep Rajan, Arunita Kanjilal and others do the Ganpati Aarti on KBC 13 along with Amitabh Bachchan, Deepika Padukone and Farah Khan – watch video

12 Beauty Tips with Baking Soda That you Need to Try